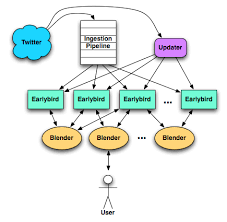 Many misunderstand the current power and relevant scale of Twitter. It is not about how Twitter has scaled to the general public. The most important thing about News, Content, and anything else published via Twitter, is that a great deal of the influencer community “is” utilizing Twitter for news, communication, and discovery. This information then finds its way to other publishing mediums be it Blogs, Traditional News Media, Facebook, Pinterest, Google+, the water cooler, or whatever other mediums exist. Twitter is a tool that leads into other forms of social sharing.

I consider Twitter a place to lay the groundwork where other people pick up things. Twitter is a seeding medium and a place to build engagement and interaction… it is not a direct broadcast medium, so it is not about the quantity of people listening at once, but the ability to lay it out there for those whose attention are drawn to what you have to say at any given moment, and then where it spreads from there.

It all happens very quickly, and in real-time, so Twitter enables news and information to spread very quickly, very often from the source, to update immediately as it happens and to be shared and edited to reflect the views and insights of those sharing.