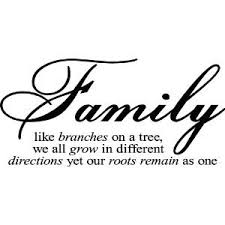 Originally posted at FamilyFoodie.com: It’s All About Relationships this Mother’s Day #SundaySupper

Mother’s Day was always a special day in my family. Not so much for “honoring” Mom, but more as an extended family day when we all gathered at our house to celebrate our connection, shared past, all the children, and hopes for the future.

When I was young and there was still a deeper connection to a great deal of our extended family we had many more get-togethers and a lot of them were at our house. Many of my parent’s aunts, uncles and older cousins were immigrants from Eastern Europe. Spending time together around almost every holiday imaginable was a part of their culture and a way for them to be with those with whom they were most comfortable… so family togetherness was a common occurrence. As younger relatives relocated and later generations became more acclimated, time together diminished considerably so the “special” holidays became more important. Different members of the extended family had holidays hosted at their homes and Mother’s Day became ours.

I can remember my Mom being so stressed out wanting everything to be perfect that I was always the “bad” son, and being the middle of three boys made this a regular occurrence, because I was either washing the car too close to when guests were due to arrive or any number of other “horrible” deeds 🙂

Even when at college, my brothers and I were expected to be home for this occasion and if not we better be in some foreign country with no ability to get home for a reasonable airfare. Every year there would be a big family photo and at some point we started the custom of including a photo of any of the children who could not attend. This was not a badge of honor, but a way to have it always remembered for the future that we could not make the effort to be there… oh, yes, guilt is a very big part of my Jewish heritage. I can laugh about it now, but it was not a laughing matter then… and I have done all I can to eradicate that from the relationship I have with my girls.

We are going to have to pass on the recipe because as I tell everyone I eat with when they are picking a restaurant… I am the easiest person in the world to feed, as I will eat anything and even like cafeteria food. Why you may ask… because truth be told my Mom was the worst cook in America. Thank goodness she never steps near a computer so she will never see this post. But my Nanny, my Dad’s mother… was the most awesome cook and I can still smell and taste her food just by closing my eyes and thinking about her… latkes, brisket, chicken soup, matzo balls, and all sorts of soups and specialties that were all her own.

I was blessed with the most amazing grandparents, my Nanny and Poppy, and could write an entire post about them. The very short version is that they both escaped Poland right before World War II and married my other grandparents. I know you are now confused. At the age of 47 my father’s father died. At the age of 54 my mother’s mother died. Just a few short years later my father’s mother married my mother’s father… and there a life-long romance was born. Although personally I have a hard time with the concept of soul-mates… they were as close as you could possibly come. They were married to each other for longer than they were married to my parents other parents… and they most certainly were each other’s reason for living well into their 90’s. My Poppy called my Nanny his bodyguard and would go nowhere without her. They adored each other and were the very best grandparents a child could ever have. Enough said.

So… Mother’s day had a lot of meaning for me and writing this has brought a tear to my eye and a big smile to my face. Thank you so much Isabel for asking me to be a part of your Mother’s Day celebration. I truly miss that time from my past.