Some Top Social Hits & Misses of the Past Few Weeks

It’s a wild and crazy social media world out there.  Small businesses, big brands, celebrities and everyone in between continues to struggle to find the right balance of engagement and sharing in social media (some with grace, others… not so much).  So, who knocked it out of the park and who struck out in social media in the past few weeks?

Here are a few notable items that gave me cause for pause:

Missed the Mark (by a mile) 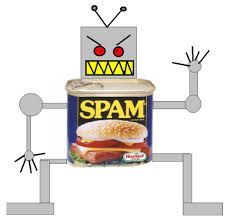 1. The First Ever Digital “Human Brochure” Gets Hijacked by Inhuman Spam Bots

Ouch! We’ve all been there. A popular event on Twitter is a natural target for spammers. But at this stage in the game, brands should account for this by preparing an “anti-spam plan” (a set of effective actions to take effect immediately when spam bots first attack). Not only did ACT Tourism lose points here, but they made a bad situation worse by understating the problem in the press. Australian Capital Tourism director Ian Hill actually defended his social media campaign implosion: “When those things are trending, you are open to a bit of ambush marketing, but … the humans, what they’re posting far outweighs anything that is going on from a third party.”

2. Pay to Promote your Friends’ Posts on Facebook… without their Permission

Look, I get it. Facebook is a business. They want to connect the world but, more than that, they want (and need) to make money. The problem with this latest stab at generating revenue (a feature rolled out officially on Valentine’s Day that gives Users the option to pay to promote a friend’s post) is that your friend can promote your post without your permission. RED FLAG! Here we go again with privacy issues – Facebook just doesn’t seem to have that figured out. Do not take my content for monetization without my permission. It’s simple sauce. This new feature has received plenty of pans in the social-sphere and it’s no wonder why.

Facebook defends the feature by painting it in a social-good light: “If your friend is running a marathon for charity and has posted that information publicly, you can help that friend by promoting their post to all of your friends.”

Fair enough Facebook, but without giving us the right to allow or deny people to promote our content, this new revenue-generating feature is asking for trouble (especially if people inadvertently (or, worse, maliciously) promote content that their friends don’t want promoted).

Seems to me like Facebook would be better off allowing brands that we “like” to pay to promote our pre-approved content (imagine your favorite brand promoting something awesome you’re doing and sharing it with the world).  Would you pay to promote your friend’s posts?

Whenever two social media platforms duke it out over users, engagement and the ultimate social media crown, the unintended victim is always the Users who usually lose out on much-loved features and convenience as the big social platforms fight to cut each other’s networks off at the knees.

Instagram’s recent decision to block support for Twitter cards was a shrewd strategy that could’ve easily backfired on the popular mobile app. Ironically, quite the opposite has happened. CNET has a thorough breakdown of the numbers that support and explain Instagram’s surprisingly winning strategy here.

But by denying Twitter users the convenience of seeing Instagram photos directly within their Twitter feeds (instead, sending users to and the external Instagram-photo page), Instagram has diminished the experience of Users on Twitter. Yes, of course, that’s the point (to drive Users back to Instagram). But all too often in these battles, it’s the User who suffers the most and very often (like when Twitter blocked Users from automatically posting to LinkedIn), the social networks shoot themselves in the foot and benefit the competitor.

It would be nice if these social media battle-to-the-death strategies didn’t give Users a black eye in the process. I personally would love to still see Instagram photos within my Twitter stream.

And now, on to social sunshine and rainbows – the good stuff…

1.     Social Media Crisis Simulation. Would Your Team Pass the Test or Crash and Burn?

If it works as promised, H+K Strategies new Flight School Technology which simulates complex social media “disasters” to test and train management teams on how to react to social media flubs, could be the new must-have tool for every business, brand and PR firm.

I advocate working with your social media staff by treating them as if they are customers – they care, they want to contribute, they’re human beings. But we all know that one small slip up in social media by an overzealous employee (accidentally or intentionally) can have dire consequences that can damage a brand and leave them staggering for recovery for months to come (the PR version of crashing and burning), if not handled properly.

According to H+K Strategies press release: “Flight School’s dashboard shows participants what would be happening in the news media, on blogs, on Twitter, and on Facebook.  Multiple stakeholders – customers, employees, partner groups, government and regulators, the media, NGOs and the general public – are incorporated into exercises. Completely secure and private, Flight School’s dashboard allows you to interact with both traditional and social media without the risk of posting anything publicly.”

Is this the social media white knight riding in to save brands from future potential social media disasters? We can’t say for sure just yet, but this is one platform to watch. The concept alone is a winner!

I came across an article at CFO.com that underscored the anxiety corporate executives are having with the amount of time employees spend on social networks at work. The article cited a 2012 salary.com survey of 3,200 employees — 39% of employees reported spending one hour a week or less browsing the Internet for non-work-related purposes. Almost 30% said they spend two hours a week browsing the internet, and 21% said they spent up to a whopping five hours a week. This is a big productivity concern that has resulted in quite a few companies developing draconian Internet policies to keep employees at the grindstone.

But there appears to be a light at the end of this tunnel. 1SaleADay.com (a privately owned daily deals website) circumvented this problem not by trying to beat it, but by joining it. They deployed their own enterprise social network with great results! The customer service department saw a whopping 47% increase in productivity soon after adopting it, and a 90% reduction in external social media use company-wide.

The company chose Salesforce’s Yammer platform (which most resembles Facebook). Soon, every employee was participating in some way on the Yammer network. They logged in to see what other employees were doing; they collaborated on business projects and made faster decisions than they did by holding meetings or corresponding via email. In short, it improved their business relationships!

This marked improvement in productivity and engagement wasn’t just among employees—having such a network helped executives to stay on top of what’s going on in their companies and to contribute to the collaboration and conversation with staff.

Another simple and easy-to-use solution is empowering employees to stay current and connected with each other using the app PATH (something we have done to incredible effect at Collective Bias). Give your employees a reason to want to be socially connected in a way that benefits your company. They are going to get online anyway, more cigarette breaks by non-smokers anyone, so why not make it a comfortable part of your company culture.

Employees need that kind of social interaction at work. I’d love to see more companies adopt such strategies… empower employees, instead of handcuffing them. It works.

Hamleys is in the business of toys. And with stores all around the world including their flagship store in London (54,000 square feet of pure toy heaven), they’re pretty damn good at selling toys. Turns out, they’re also in the people business. And, thanks to a talented, strategic campaign created to promote their latest store opening in Dheli, India, Hamley’s has managed to create an emotional connection with customers by asking them to recall fond memories of long lost toys, and toys they always wished for but never got. Talk about tugging at the heart-strings!

Kasturi Das, Digital Manager at Reliance Digital explains why the social campaign was so effective, “All the promotions and the campaigns were carried out from Facebook itself… We shared content on Facebook, where toys would ask for help locating their home and a link was provided along with the content… Lucky fans got a chance to own their wished toy.”

This, coupled with a promotion for fans to win a chance to attend the store launch (and walk the toy-red carpet) made for a very effective, engaging outreach and successful store launch.

They nailed it.  By fearlessly asking Users to tap into unfulfilled dreams from their childhood (that one toy we desperately wanted but didn’t get) and helping us to fulfill that want, Hamley’s created an emotional connection with customers that will resonate for a long time. THAT’s what you call connecting with your audience!

There you have it—six stories that highlight the good and bad in social media in the past few weeks.  What are your hits and misses? I’d love to know.  Be sure to subscribe to my new show, Ted Rubin TV: This Week in Social Media for more! Coming soon!